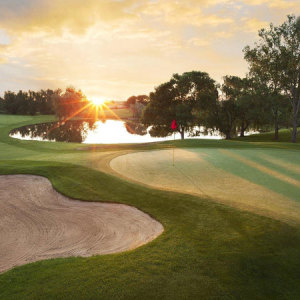 Robert “Bobby” B. Wright, age 58, died peacefully in his sleep on Monday, May 18th, 2020 while on vacation in Chattanooga, TN. He was born August 9, 1961, in the U.S. Army Hospital, Ryukyu Islands, Okinawa, Japan to William “Bill” B. and Fumiko “Miki” (Singaki) Wright. After settling in Titusville, FL, he graduated from Titusville High School in 1979. He continued his education at University of Central Florida, completing his Bachelor of Science in Electrical Engineering before accepting his first job in what would be a long career working for a handful of companies at Kennedy Space Center. He worked there through the duration of the Space Shuttle program; his hard work and great attention to detail led him to be a staple in system safety analysis.

Bobby had many interests, and most notably enjoyed almost every sport he played from his youth, in college, to the time of his passing. He has made countless memories with friends and family excelling in competitive and recreational football, flag football, baseball, softball, and golf. He made many great connections with teammates and friends out on the field or the course, and was known for his successes, passion, talent, and competitiveness. Later, he coached his son Jacob in baseball, football, and golf through Jacob’s time playing baseball in college. He also spent much time playing guitar and singing with bandmates and friends.

He is survived by his mother Miki, his father and stepmother Bill and Virginia “Ginny” Wright, his sister, Patty Tworkowski, his son, Jacob Wright, his nephews, Daniel and Trey Lee, his partner Patty Catrett  , and Jacob’s mother Carrie Wright. Family and friends whose lives were touched by Bobby are invited to a viewing at North Brevard Funeral Home, 1450 Norwood Ave., in Titusville FL on Thursday, May 28th between 4-6 p.m. The funeral service will be held at Park Avenue Baptist Church, 2600 S. Park Ave. in Titusville, FL on Saturday, May 30th at 10 a.m. to reminisce and celebrate his life. He was a loved son, brother, father, uncle, partner, and friend; he will be greatly missed.

Donations can be made in Bobby's name to one of the following charities;

To send sympathy gifts to the family or plant a tree in memory of Robert Brantley Wright, please visit our tribute store.