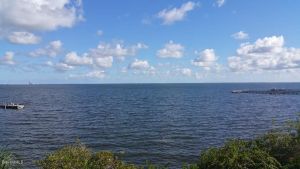 Michael Keith Barrett, of Mims, Florida, passed away Saturday, May 9, 2020  at Hospice of St. Francis in Titusville, Florida. He was 65. He was born on April 7, 1955 in Augusta, Georgia. Mike was an Air Force brat, traveling extensively and living in the US and abroad in the 1960s and 1970s.

Although not formally trained, Mike was an impressive visual artist. His creativity was expressed primarily through sketching, chalk drawing and impromptu sculpture. He had a characteristic sense of humor and enjoyed raising a glass with friends.

Mike is survived by four of his five children, including Kristina Fisher (David); seven grandchildren, including Ariel Sturdivant, Emma Fisher, and Ethan Fisher; his brothers, Dave Barrett (Laurel), Bruce Barrett and Russell Libby (Mona); his sister, Crystal Cardis (Brian) and devoted friend, Caryn Whelpley. Our family thanks Ms. Whelpley and her family for their care of Mike in the months preceding his passing.

Mike was predeceased by his parents, Jewel and George Libby; a son; and his grandparents, Edna and Leon Key, Vannah and George Barrett, and Bessie Libby.

The family wishes for memorial donations to be directed to National Veterans Homeless Support in Brevard County, Florida. They can be reached at NVHS.org. or NVHS, 1436 W King St, Cocoa, Florida 32922 and our family wishes to express our heartfelt thanks for the support Mike received from them.

At a future date, the family will gather and raise a glass in remembrance of Mike. The family is working to eventually grant Mike's wish for his final resting place to be the Veterans Cemetery in Brevard.

To send flowers to the family or plant a tree in memory of Michael Keith Barrett, please visit our floral store.

You can still show your support by sending flowers directly to the family, or by planting a memorial tree in the memory of Michael Keith Barrett
Share a memory
© 2020 North Brevard Funeral Home. All Rights Reserved. | Privacy Policy | Terms of Service