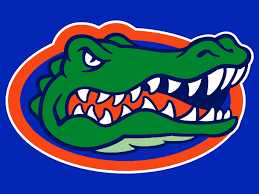 Joe Pollaruste Bowman was born on June 17th, 1968 in Dumaguete City, Philippines. He was one of six children, being the second youngest out of five other siblings. At the young age of seven, Joe lost his biological father Ramon Tenorio Sr. due to chronic illness. Time passed, and a man named Charles Bowman married Joe’s mother and adopted all six of her children. By thirteen years of age, Joe became an American citizen and moved to Titusville, Florida in 1981.

Joe had always been musically inclined as a child, and greatly enjoyed creating and listening to music. Growing up in poverty, Joe learned how to utilize his resources to construct makeshift instruments such as a drum set made from empty cans. His musical heritage and passion for music was shared by his neighborhood friends, and together they formed a small local band.

In 1987, Joe graduated from Astronaut High School and eventually went on to pursue a career in deejaying; continuing his background in music. During his tenure as a deejay, Joe met Tracey Shannon Dollar in 1994 and married in 1995.

Joe had repented, been baptized in Jesus’ name, and was filled with the Holy Ghost after leaving the deejaying life. He became very active in the ministry, serving as a men’s ministry director alongside his wife who was the ladies’ ministry director. After becoming a member at Path Apostolic Church, Joe continued his involvement in ministry; serving as both a SharePoint minister and in the sound booth. He was faithful in serving the Lord, ensuring to always put God first in every decision and action. His love and devotion to God was shown through his love towards his wife and children, and to all who came in contact with him. For Joe, both God and his family were the center of his life.

Professionally, Joe was known for being the owner of D&S Exterminating of PSJ and was in the pest control industry for the last several decades. He worked very hard each day and had a passion for both his company and clientele. He had a strong work ethic and would always ensure a job was done right. His effort and perseverance made him successful, and allowed for him to provide a wonderful and comfortable life for his family.

Joe was a huge fan of the Florida Gators. He spent many days and nights engaging in various sporting events, hosting multiple football games, and providing his world-famous wings accompanied by his own secret wing sauce recipe. He always wore Florida Gator attire at every opportunity, and even considered their colors a part of his company’s branding.

Joe passed away at Parrish Medical Center in Titusville, Florida on April 21st, 2021. He is survived by his wife Tracey Bowman, his son Brice Bowman, and his daughter Ciera Bowman. He is also survived by his siblings: Rosamond Salumbides, Ramon Bowman (Jaycel), Lyndon Bowman (Alma), Alexander Bowman (Melinda), Doree Klemick, Phyllis Stoklosa, Marylou Grygiel, Dawn Baltikas; as well as many nieces, nephews, great nieces, great nephews, and cousins. He was preceded in death by his mother and father, Pura and Charles Bowman, as well as his other siblings Annie Bowman, Lois Arnish, Janis Cheek, and Susan Tenorio.