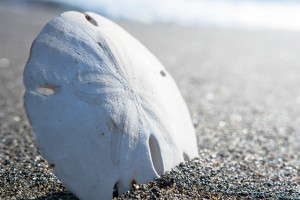 Johanna Elaine Russo, 40, of Titusville, FL went home to be with the Lord on August 2 after a short illness at Advent Health in Orlando. Johanna was born on September 10, 1978 in Oak Lawn, Illinois. She moved to Florida with her parents, living in Lake City and Orlando, where she became a lifeguard for the city. The family returned to Illinois where she graduated in 1996 from Watseka High School, Watseka, Illinois. She received training in voice and piano and also participated in Drum Corps International. In 2000, Johanna received a degree in Music from the University of Illinois Champagne.

In 2001, Johanna became a Florida certified teacher and moved to Titusville with her one year old daughter, Alexandria to teach chorus and band at James Madison Middle School where she met her husband, John. John and Johanna were married on June 7, 2003, and she left her teaching job to care for her family and become a Mary Kay Consultant. In 2007, Evan Kai Russo was born.

Evan and Alexandria attended Park Avenue Christian Academy until Johanna took over the duties of homeschooling. She also was a part time instructor in Evan’s homeschool group in Titusville.

The family attended Westside Baptist Church starting in 2012 and she, John and Alexandria were baptized together in the Indian River in 2014. In 2015, the family joined Heritage Baptist Church where she joined the chorus and the women’s Bible study group.

Johanna was a dedicated mother who adored her children and family members. She was friendly, loved to be around people and was always ready to help. She loved her country, the beach, nature walks, rocket launches, music and travel.

To send flowers to the family or plant a tree in memory of Johanna E Russo, please visit our floral store.